"Working with John I have transformed my business from a transactional model to a relationship based model."

‘John has helped me and the team at Xentum to have a deeper understanding of the principles which categorically demonstrates the importance of state of mind and the requirement to be present in client meetings.

When in this state, meetings are effortless and unknown opportunities are endless.’

‘John has really helped change my thinking, increased my confidence and reduced my anxiety. I feel anything is achievable and feel that John has improved not only my business life but personal life as well. Highly, highly recommended!’

‘His ability to communicate is second to none in my experience, and his knowledge and skill with language and the clues it offers to thought processes are exceptional. John is truly able to listen, draw out the ideas from you, and reprogram your thinking to create major and revolutionary change.

Combined with his business experience and training, this is someone who really will help you to achieve not only greater success, but more peace of mind and harmony along the way. Wherever you are in your business or personal life, you’ll be surprised and delighted by where a conversation with John will take you. Don’t prevaricate, just call him.’

“Since understanding the power of connection with clients the quality of my client engagement has improved significantly.

I used to prepare extensively for first meetings and had a head full of thinking during the meeting about what to say next and what is the perfect question. Now I relax so much more and have either a very simple mind-map or even a blank sheet of paper. The conversation goes where it goes and feels so much more natural, I am now confident that by having a clear mind I will know what to say and when to say it.”

‘A year ago, I underwent a three-month coaching programme with John. I’m a self-employed copywriter. At the time, I was financially stuck. For years, I’d been in the habit of undercharging, even though I knew I was worth more, much more. As a result, I was finding it hard to pay the bills and it was causing me constant stress.

John helped me realise that it was my own thinking that was keeping me stuck.

Every time I prepared a quote, unhelpful thoughts would cross my mind such as: “Is that price fair? Would I pay that fee? What if it’s too expensive and the prospect doesn’t accept it? I’d love to do this work so much that I’d do it for no money…”

Through the coaching, I gradually learned to disconnect myself from my thoughts, especially the unhelpful ones.

I started increasing my prices and issuing quotes that were more realistic. I didn’t lose a single client. As if by magic, I won some corporate clients that I felt I could charge a ‘proper’ fee. I also attracted some regular well-paid training work.

One year on, and my accountant has just done my tax return.

“I don’t believe it! You’ve made three times as much money this year as last year,” he told me.

I’m still working as many hours as before, but with fewer clients and for more pay.

It’s more fulfilling, has allowed me to do some home improvements that were much needed, and my levels of stress have reduced.

I had no idea the tension I was under showed so much. These days, people tell me I look more serene.

In fact, I recently bumped into an old workmate I hadn’t seen for ages. At first, she didn’t recognise me, as she thought I was my younger sister.

I credit the ideas that John introduced me to.’

‘I was first introduced to John Dashfield around June 2015, by a delegate whom I was on a Financial Planning course with. After an initial discussion with John, I was intrigued about how he said we create our experiences in life, through the 3 Principles of Thought, Mind & Consciousness and how these 3P’s could have a profound effect on how we do business.

This has really lead to some profound shifts in life for me! None more than the realisation that for years, I played the victim in many areas of my life and allowed superstitious thinking to old me back in so many ways, from a personal and business point of view! Once we get to understand how our experiences are created, it really does give us a sense of freedom to operate outside of the illusory way we are conditioned to think.

I really do recommend the coaching that John offers. I have been on many coaching programmes before, but this is the first coaching programme which deals with the “cause as well as the effect”. If you are looking to connect with your clients on a deeper level and get to know yourself better in the process, then John Dashfield’s coaching programme is for you.’

‘I’ve been working with John over the last six months, and in that time John has helped transform and enrich all aspects of my life, from clarity in the business environment, to a deeper personal understanding with relationships, to even improving the mental aspect of my golf game!

John uniquely enhances the potential we all have inside of us, and guides us to a place we already know and have been, but may not have realised or appreciated. I have and would highly recommend John to anyone.’

‘Working with John Dashfield as my coach has resulted in a truly transformative experience. In the past 12 months I have significantly grown my business, learned more about myself and enriched my life in many ways.’

‘The first thing and without doubt, at that time, the most powerful thing I ever heard John say was ‘be present’ in a client meeting.

It took me a while to fully understand it and whilst not perfect, when I am truly present in a client meeting the relationship just soars.’

‘John has been working with me and a couple of other senior executives in Square since August 2010. John came to me via a colleague as I didn’t even realise I needed coaching at the time! My sessions with John have been incredibly valuable to me. Some things were quite obvious, once he’d pointed them out to me. He helped me to reset my priorities, deal with situations and people differently, re-evaluate my own goals and equally as important… my work/life balance.

He spent a good amount of time with me explaining the psychology of the mind too, which helped me understand why some people around me don’t see things in the same positive way that I do. He also made me learn how to let go of certain thoughts and not let them keep me awake all night.

I would recommend John for anyone who wants a calm, balanced but challenging coach to help them improve.’

‘John has a great ability to drill down to the heart of any issue, flush out the key elements and help his client decide on the best course of action, amazed that this has not been obvious before. He does this in a very personable and unassuming style, and I challenge anybody to not get tremendous benefit from his input.’

‘My experience is that having gained an understanding of state of mind and the importance of being totally present at client meetings it meant that I discarded most of my distractions such as meeting agendas so that my focus is on what the clients are telling me rather than thinking about the next point on the agenda. I am more relaxed and calm before and during the meetings due to the fact that I am not busy minded with all of the stuff that I used to be thinking about. In turn that makes be more present, so I can truly listen to the client. This has created a massive improvement in both the clients and my experience of meetings and ultimately and improved outcome for all concerned.’

‘Working with John I have transformed my business from a transactional model to a relationship based model. He has coached and guided me through the process of taking my communication and business skills to a new level, which has given me a solid foundation to build a business I’m truly proud of. The result of this is that I’m creating a good long-term recurring income base, finding my work far more personally rewarding and feeling confident about the future.’

‘John has enabled me to focus on finding solutions to strategic problems and develop a culture of “reaching a new personal best”. The hard facts – revenue, profits, fulfilment all at record levels with new targets in sight.’

‘John was very helpful and his advice was very valuable. He has added to the success of this business. I would recommend his coaching sessions if you are looking to move your business forward.’ 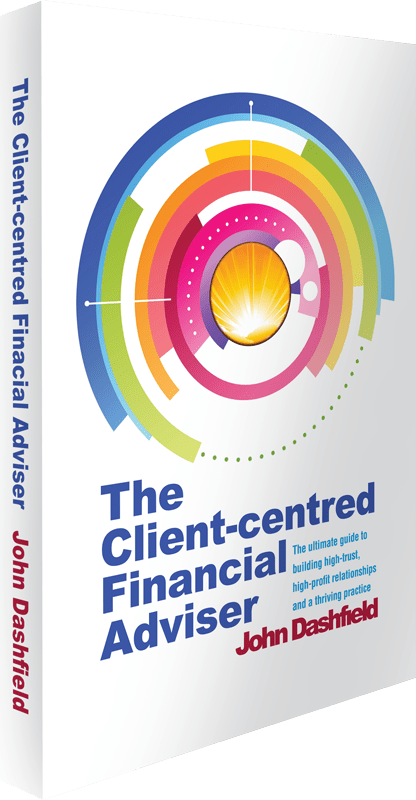