Do you want to powerfully impact your clients lives, thrive in a fee-based environment, and live an inspired life?

Are you a financial planner or adviser ready for a change?

I have been in and around Financial Services for a long time. I know what it’s like! It can be the best of businesses and the worst of businesses. There is a hell of a lot of ‘noise’, and it is easy to get distracted, disillusioned, and lose your spark.

My coaching is based on a life-changing approach completely opposite to the mainstream. It is logical, clear, and highly compelling.

You will never blame your circumstances again! Instead, you will be at peace with who you are, become a highly effective adviser, and increasingly show up as the amazing being that you are.

Begin immediately by getting your FREE REPORT and exploring my FREE CONTENT.

Are you a financial planner or adviser ready for a change?

I have been in and around Financial Services for a long time. I know what it’s like! It can be the best of businesses and the worst of businesses. There is a hell of a lot of ‘noise’, and it is easy to get distracted, disillusioned, and lose your spark.

My coaching is based on a life-changing approach completely opposite to the mainstream. It is logical, clear, and highly compelling.

You will never blame your circumstances again! Instead, you will be at peace with who you are, become a highly effective adviser, and increasingly show up as the amazing being that you are.

Begin immediately by getting your FREE REPORT and exploring my FREE CONTENT.

Get your free report now!

Discover the 10 essential keys to magical client meetings – every time! 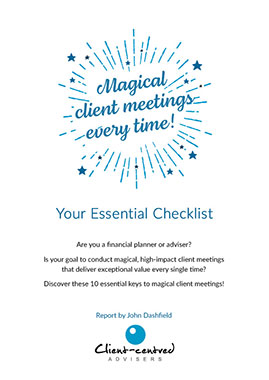 Just pop your name and email into the boxes below and immediately get your report and exclusive content.

Your information is not shared or sold to anyone else.

Imagine becoming a master at asking the right questions at the right time.

Well now you can!

This unique and powerful 52 card deck gives you unlimited ways you can create more value for your clients. 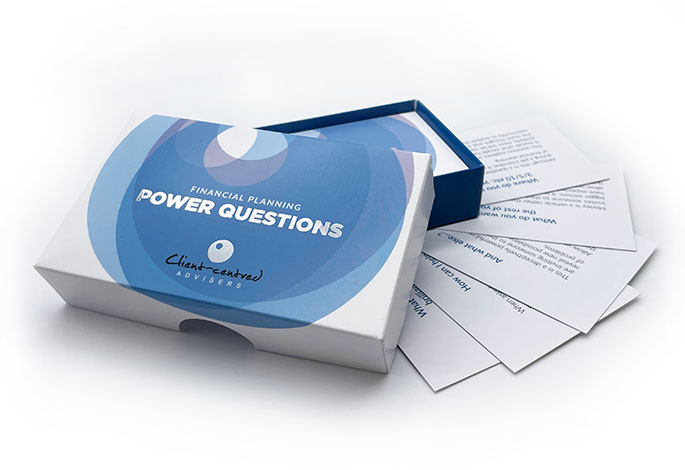 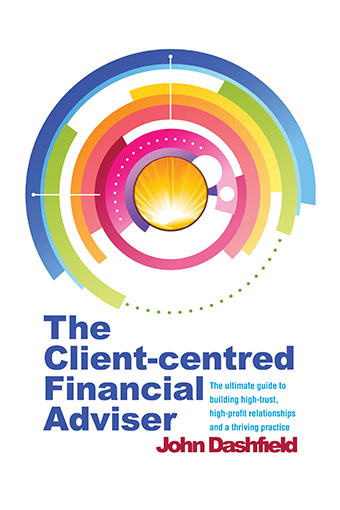 The ultimate guide to building high-trust, high profit relationships and a thriving practice.

This book introduces you to the most significant factor in having clients hire you and retain you as their ‘Trusted Adviser’.
Find out more and Get your copy now >

“The most cutting edge book available for Financial Planners today” 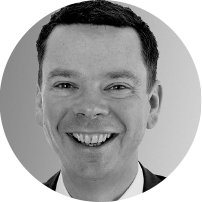 A three-day week and quadrupled turnover

Jeremy Askew was fed up listening to trainers going on about the same familiar sales techniques. So Jeremy was intrigued to find out more when one of them told him that, if he wasn’t interested in hearing what they had to say, he could go and listen to “that bloke John Dashfield”.

After reading John’s book, The Client-Centred Financial Adviser, something struck a chord. Invited to contact John at the end of his book, Jeremy decide to do exactly that.

After successfully completing a three-day one-to-one session with John in Rye, West Sussex in May 2017, Jeremy continued his training, keeping in regular contact with John over Skype and email over the next 18 months.

As a result of what he has learnt from John, Jeremy has fundamentally changed his business strategy, delegating more work to others. 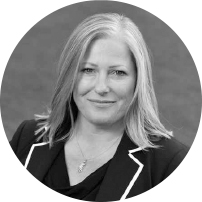 ‘My love for the job has returned’

Annie Mason runs her own financial planning firm, Mason’s Wealth Associates, which is part of the St. James’s Place Partnership. She had identified that dealing with clients had historically been a purely transactional process. This didn’t sit well with her, and she felt increasingly unfulfilled and dissatisfied.

Another SJP Partner recommended the coaching they’d received from John Dashfield. The conversation inspired her to contact him and sign up for a 12-month programme of one-to-one coaching sessions.

During each one-hour session, John asked some very searching questions and challenged Annie’s way of thinking, making her ponder more deeply how she could provide a more client-centric proposition. 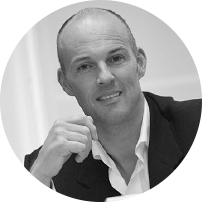 Dominic Baldwin was suffering from grief after his father’s death from pancreatic cancer 13 years ago. Only he didn’t realise it at the time.

On top of that, Dominic had just gone through a divorce, and felt constantly fatigued and disconnected from other people. He also wanted a quieter and more balanced life.

It was only when Dominic was introduced to John by his brother and met up with him in London for a chat that he realised he needed help. So he arranged to have weekly online conversations with John for the next year. Over the following three years, they would occasionally meet up, or go on training days or retreats.

By working with John, Dominic has come to terms with his feelings and to understand why he felt that way. 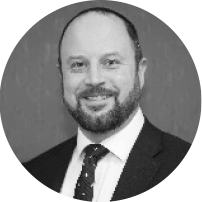 Rory Menmuir had always been looking to deepen his level of client service. While his technical knowledge and expertise was top-notch, he felt that there was a more profound and impactful way that he could work with his clients.

So after reading John’s book, The Client-Centred Financial Adviser, and hearing him speak at the Lifestyle Financial Planning Conference in Birmingham, Rory, a financial planner at Charles Stanley, decided to enroll in his six-week group programme, The Client Engagement Masterclass, in June 2020. Having successfully completed the course, he started one-to-one weekly sessions with John over the next four months.

Previously Rory’s client focus had been 30% of his overall work, versus 70% on the technical side, but now, after working with John, it’s 95%. He benefitted most from looking at innovative approaches to thinking and listening skills.

‘John has helped me and the team at Xentum to have a deeper understanding of the principles which categorically demonstrates the importance of state of mind and the requirement to be present in client meetings.

When in this state, meetings are effortless and unknown opportunities are endless.’

‘John has really helped change my thinking, increased my confidence and reduced my anxiety. I feel anything is achievable and feel that John has improved not only my business life but personal life as well. Highly, highly recommended!’

‘His ability to communicate is second to none in my experience, and his knowledge and skill with language and the clues it offers to thought processes are exceptional. John is truly able to listen, draw out the ideas from you, and reprogram your thinking to create major and revolutionary change.

Combined with his business experience and training, this is someone who really will help you to achieve not only greater success, but more peace of mind and harmony along the way. Wherever you are in your business or personal life, you’ll be surprised and delighted by where a conversation with John will take you. Don’t prevaricate, just call him.’

“Since understanding the power of connection with clients the quality of my client engagement has improved significantly.

I used to prepare extensively for first meetings and had a head full of thinking during the meeting about what to say next and what is the perfect question. Now I relax so much more and have either a very simple mind-map or even a blank sheet of paper. The conversation goes where it goes and feels so much more natural, I am now confident that by having a clear mind I will know what to say and when to say it.”

‘A year ago, I underwent a three-month coaching programme with John. I’m a self-employed copywriter. At the time, I was financially stuck. For years, I’d been in the habit of undercharging, even though I knew I was worth more, much more. As a result, I was finding it hard to pay the bills and it was causing me constant stress.

John helped me realise that it was my own thinking that was keeping me stuck.

Every time I prepared a quote, unhelpful thoughts would cross my mind such as: “Is that price fair? Would I pay that fee? What if it’s too expensive and the prospect doesn’t accept it? I’d love to do this work so much that I’d do it for no money…”

Through the coaching, I gradually learned to disconnect myself from my thoughts, especially the unhelpful ones.

I started increasing my prices and issuing quotes that were more realistic. I didn’t lose a single client. As if by magic, I won some corporate clients that I felt I could charge a ‘proper’ fee. I also attracted some regular well-paid training work.

One year on, and my accountant has just done my tax return.

“I don’t believe it! You’ve made three times as much money this year as last year,” he told me.

I’m still working as many hours as before, but with fewer clients and for more pay.

It’s more fulfilling, has allowed me to do some home improvements that were much needed, and my levels of stress have reduced.

I had no idea the tension I was under showed so much. These days, people tell me I look more serene.

In fact, I recently bumped into an old workmate I hadn’t seen for ages. At first, she didn’t recognise me, as she thought I was my younger sister.

I credit the ideas that John introduced me to.’

‘I was first introduced to John Dashfield around June 2015, by a delegate whom I was on a Financial Planning course with. After an initial discussion with John, I was intrigued about how he said we create our experiences in life, through the 3 Principles of Thought, Mind & Consciousness and how these 3P’s could have a profound effect on how we do business.

This has really lead to some profound shifts in life for me! None more than the realisation that for years, I played the victim in many areas of my life and allowed superstitious thinking to old me back in so many ways, from a personal and business point of view! Once we get to understand how our experiences are created, it really does give us a sense of freedom to operate outside of the illusory way we are conditioned to think.

I really do recommend the coaching that John offers. I have been on many coaching programmes before, but this is the first coaching programme which deals with the “cause as well as the effect”. If you are looking to connect with your clients on a deeper level and get to know yourself better in the process, then John Dashfield’s coaching programme is for you.’