How to stop sabotaging your own success 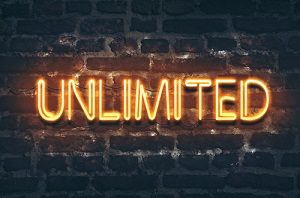 “Many people die with their music still in them. Too often it is because they are always getting ready to live. Before they know it, time runs out.” Oliver Wendell Holmes Sr.

An enlightened business leader was teaching a group of new entrepreneurs about increasing their level of success, and he wanted to demonstrate what it is that really gets in the way.

He had a glass of water on his desk at the front of the room and he went over and picked it up.

Some of the class immediately thought he was going to do the “Is the glass half empty or half full?” routine.

Instead, with a smile on his face, he asked “How heavy do you think this glass of water is?”

People gave a variety of answers.

However, to the amusement of the group the leader said, “I don’t have a clue what it weighs and, in fact, it doesn’t matter. What really matters is how long you hold the glass for.

If you hold it for a minute or even several minutes, it makes no difference. After an hour it might start to get uncomfortable. Eventually, you would struggle, and it would begin to hurt.”

He went on to explain…

“Fearful thinking is like this. If it comes into your mind and is there just temporarily, that’s fine and perfectly natural. But if you become pre-occupied with it, then your ability to function and create the success you want will be compromised.”

The human mind has an in-built design for success. Meaning that you have an innate capacity to come up with the thinking you need, when you need it.

This is the intelligence makes your heart beat, co-ordinates the trillions of cells that make up your body and it flows through your mind and creates thought.

Imagine all the times you have had an insight, flash of inspiration or simply do whatever do without over-thinking it – this capacity is always with you and the more aligned you become with it the more you live in ‘flow’ rather than against the flow.

As a coach my job is not to give my clients answers. My job is to point out what is true.

So, I have two primary questions I ask when working with someone…

Do you know where your experience is coming from?
Do you know this innate intelligence is always at your disposal?

When we misunderstand that our experience is caused by our circumstances (other people, money, the past, the weather, etc.) we endlessly chew over lots of unnecessary thinking.

This is what gets in the way.

I once read about an experiment that was done with fleas in a jar. The fleas were put in a jam jar and the lid put on. At first, they kept jumping up and hitting the lid but after a while they stopped just short of the lid, so they didn’t hit it.

When the lid was taken off, the fleas continued to jump just short of the lid and were effectively trapped, even though they could easily escape.

If we believe our fearful thinking, we become like the fleas in a jar. We create an imaginary ceiling to our potential.

But as soon as you realise that:

a. the mind only works from the inside-out
b. you have infinite potential for new, fresh thinking at all times

you are instantly re-connected back to the source of infinite potential.

From here, you have complete freedom to be yourself – and, to me, this looks like the ultimate success.