Good advice is useless without leadership 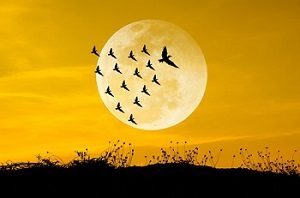 There is a famous story about a woman visiting Gandhi with her young son.

She and her son had travelled a long way and when they eventually got their chance to speak with him he asked how he could help and the woman said “My son eats far too much sugar, can you tell him to stop?”

Gandhi thought for a moment and then said to the woman to bring her son back in two weeks.

So, two weeks later, after another long journey, the woman and her son met him again. Gandhi looked the boy in the eye and said “Stop eating sugar!”

The woman, slightly confused, asked “Why didn’t you say this two weeks ago?”

Gandhi replied “Because two weeks ago I was still eating sugar myself!”

What do you see in this story?

I read an excellent book by sports coach Garret Kramer called ‘The path of no resistance’. For me, he hits the nail on the head when writing about inspiring leaders.

‘They don’t pay much attention to the words that come of their mouths. They know that the level of consciousness from which their words are spoken will, or will not, make a positive difference for others.’

Is this relevant to giving advice? You bet.

Good advice is only useful if people follow it. If someone doubts you, doesn’t trust you or doesn’t respect you, then the chances that they’ll take your advice are significantly weakened.

This is not an uncommon problem. On a number of occasions I have listened to an adviser complain about clients who reject their advice.

But the issue is not with the client. It is a leadership issue that begins with the adviser.

Clearly, a client has the right to reject advice. But if this happens you have to reflect and ask yourself how things got this far down the road in the first place?

Clients that reject your advice, question your intentions and would rather follow their own (bad) ideas do not make good clients.

What I have noticed is that nearly every time I have worked with an adviser on this kind of issue they have intuitively sensed, very early on in the client relationship, that there was likely to be trouble ahead.

But they ignored what their own intuition was telling them.

Why does this happen? A lack of clarity.

From a clear mind they would have nipped the situation in the bud or declined to take the client on in the first place.

Effective leadership (of yourself, your clients and your team) has its foundations in your clarity of mind.

Gandhi could have easily said “Stop eating sugar!” to the boy on their first meeting.

He knew that the state of mind from which you speak is far more important than the words.